Take to the road and raise funds for Norfolk’s churches

A vital opportunity to raise funds to help maintain the county’s rich heritage of churches was highlighted on BBC Radio Norfolk at the weekend. 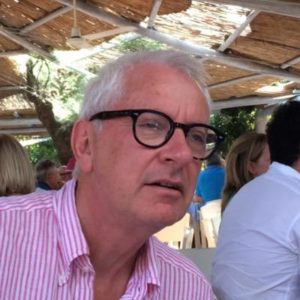 As the final guest on Sunday’s Breakfast programme, Peter Sheppard, chairman of the Norfolk Churches Trust, spoke of the need to raise funds to safeguard places of worship.

As a result of the lockdown and Covid-19 pandemic, the charity had to postpone last month’s Stately Car Boot Sale at Sennowe Park. It would have raised about £100,000 and attracted around 8,000 visitors – generating funds to maintain, repair and restore churches.

However, as restrictions have been eased, he urged everyone to get on the bikes to take part in the annual Norfolk Bike Ride on September 12.

The Norfolk Churches Trust, which can help all places of worship, has given more than £6m in grants since it was founded in 1976.

Mr Sheppard said the charity’s loss of income was a “worry” because it would reduce the amount available to help churches. He said that often small grants, akin to a “stitch-in-time” funding, could be made to prevent what could become massive repair bills.

However, in less than 90 days people across the city and county would be able to get out again and visit churches. “I think there’s a pent-up demand to visit churches,” he told Kirsteen Thorne on Sunday, June 14’s Breakfast on Radio Norfolk programme.

In the past five decades, the annual Bike Ride, which used to take place in June, has raised almost £3m as fund-raisers took to two wheels, on foot, boats and even classic cars as well as on horseback.

Last year, the event raised more than £95,000 for churches with half the proceeds to the trust, which was then 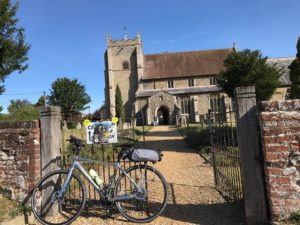 able to make repair and maintenance grants. It was one of the very first events of its kind in the country, added Mr Sheppard, and in the past 36 years, it has raised £2.8m to help church repairs.

Further details were available on the Norfolk Churches Trust’s website – including sponsorship forms and other information.

Make a note of the date – Saturday, September 12.

Mr Sheppard’s full interview can be heard on BBC Radio Norfolk’s Sunday, June 14 Breakfast Show (starting about 9.50am) until the middle of July.