Home » News » Six churches across Norfolk have been awarded £12,000 in grants towards urgent repairs.

Six churches across Norfolk have been awarded £12,000 in grants towards urgent repairs.

Norfolk Churches Trust, which stages its biggest fund-raising event on September 12, has now given a total of more than £75,000 to 21 churches this year.

The grants, which were made at the Trust’s latest quarterly meeting, will help three churches pay for repairs following storm damage and lead lefts.

St Mary, Beachamwell, near Swaffham, has been given £3,000 for re-thatching of the south side of the roof and repairs following lead theft in 2019. 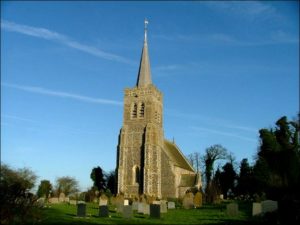 The remote church of St Andrew, Southburgh (pictured left), near Hingham, was damaged during January’s storms. It receives £2,500 for high-level repairs to replace tiles and guttering on the north side of the chancel.

In south Norfolk, St Leonard, Billingford, which needs total repairs of more £75,000, was awarded £2,000 towards the cost of re-tiling the north slope of the chancel roof and part of the nave roof.

Two churches, St Michael, Aslacton, and St George, Gooderstone, were both awarded £2,000.  Aslacton Church has to spend almost £10,000 on repairing interior cracks in the chancel on the east and south walls.

Damage caused by storms to Gooderstone (pictured right), and also following lead theft in February, requires repairs to the south 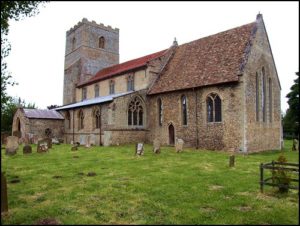 Urgent repairs to the tower buttress at St Andrew & St Peter, Longham, near Dereham, are also required. A grant of £500 was made.

The Norfolk Churches Trust, which holds its annual Bike Ride on Saturday, September 12, is hoping for as much support as possible this year. Following cancellation of major fund-raising events, including the Stately Car Boot sale, it is hoping that bike riders and walkers will help to exceed last’s year’s total of more than £95,000 raised.

Details of how to take part are on the website.