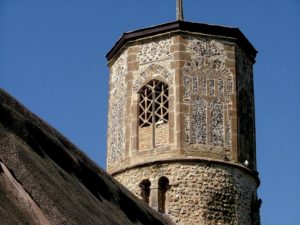 Thieves have taken lead from the aisle roof of an 11th century church in west Norfolk.

St Mary’s Church, Beachamwell, near Swaffham, was the target of thieves twice in 24 hours, according to Norfolk police reports.

The theft of large areas of lead was discovered on Wednesday, May 29 – and it is likely that they may have removed lead from the same roof the previous night as well.

St Mary’s Church has been described as Anglo-Saxon partly because of the evidence of the early belfry openings near the top of the circular part. However, the leading specialist architect, the late Stephen Hart, suggests that despite the formidable weight of this virtually unanimous opinion, there are convincing grounds for dating the church and tower as post-Conquest.

Anyone with any information, which may help detectives find the thieves, is asked to contact Norfolk police.