Lady Dannatt to be new Lord Lieutenant of Norfolk 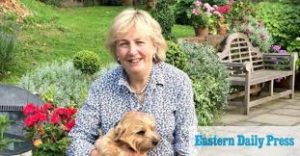 Queen on the retirement of Sir Richard Jewson in early August. Her husband, General the Lord Dannatt is the president of the Norfolk Churches Trust.

Philippa Dannatt will be the first woman in Norfolk to become the Queen’s official representative in the county since the post of Lord Lieutenant was created during the reign of King Henry VIII in the 1540s.  The appointment is made by The Queen on the advice of the Prime Minister and the announcement was made by Downing Street earlier this week.

Lady Dannatt, MBE, who was also High Sheriff of Norfolk in 2014, aims to use her role as an opportunity to promote more understanding about mental health issues and fitness.  She will succeed Sir Richard Jewson, who retires on his 75th birthday on August 5.

A lay canon of Norwich Cathedral, Lady Dannatt is vice president of the Soldiers’ Sailors’ and Airmens’ Families Association (SSAFA) and patron of the charity, Thornage Hall Independent Living, near Holt, which supports adults with learning difficulties. 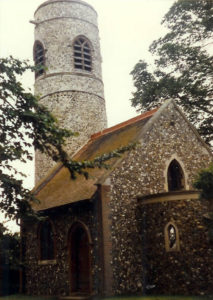 Norfolk-born and now living at Keswick, near Norwich, she recalled that she had moved 24 times in 34 years when her husband, Richard, now General the Lord Dannatt, was serving in the army.

Members of the Round Tower Churches Society will be visiting three local churches on Saturday, September 7, starting at Intwood, 2.30pm then Keswick (pictured) and Swainsthorpe.