£12m needed for repairs to medieval churches in Norfolk 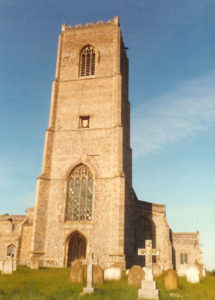 The Norfolk Churches Trust has placed 52 churches on its “anxiety” list, which require immediate action to prevent the potential loss of priceless heritage.

Many of these churches could be seriously damaged or even lost unless repairs costing £12,670,700 were carried out, said Peter Sheppard, the trust’s chairman. The secretary, Scilla Latham, told the charity’s council that the situation was “dire.”

Norfolk has 659 medieval churches, which is the greatest concentration in the world. At a national conference at Norwich Cathedral last month, the Bishop of Worcester, the Rt Rev Dr John Inge said that rural churches were “the jewel in the crown of the national built heritage.”

As the EDP also reported, Dr Inge said spending to maintain and preserve such key heritage buildings would be “peanuts” in the context of total government spending. He had suggested annual support of £50 to £60m would make a significant impact.

Since 1976, when the Norfolk Churches Trust was founded, it has raised £6.5m to help safeguard religious buildings across the county. Last year, it awarded £182,000 in grants to 48 parishes.

The “anxiety” list reported to the autumn advisory council details 52 churches in villages and towns across Norfolk, including about 15 on the official “heritage at risk” register. These include St Peter & St Paul, Carbrooke, near Watton, which needs £200,000 to tackle extensive damp and to repair serious cracks in the tower stairs and £413,000 for St Andrew, Deopham, near Wymondham, to carry out extensive roof repairs and for major re-pointing of the church fabric.

St Mary’s Roman Catholic church at Great Yarmouth was also on the charity’s “anxiety list.” It needs £1.18m for a total overhaul of all roofs, extensive masonry repairs and work to the tower roof.

At St Margaret’s Church, Felthorpe, near Norwich, the repair bill totals £300,000 for urgent chancel and vestry roof repairs and also urgent work to the tower and also the nave.

Two villages churches were also on the “heritage at risk” register with All Saints, Little Cressingham, near Swaffham, needing £203,000 to resolve damp penetration and to repair the roof while £102,000 would be needed for repairs to St Andrews, Little Massingham.